Video calls and conferencing have quickly become an integral part of our daily experience for school, work, socializing, and keeping in touch with loved ones. We seek to explore how these technologies are changing our lives, and what challenges and opportunities they have presented us.

PIP has commissioned 9 playwrights from across the country to craft short plays that explore these concepts in completely different ways. These 9 new pieces will be performed live for a virtual audience over the course of 3 performance dates in October and November on the Facebook Live platform. 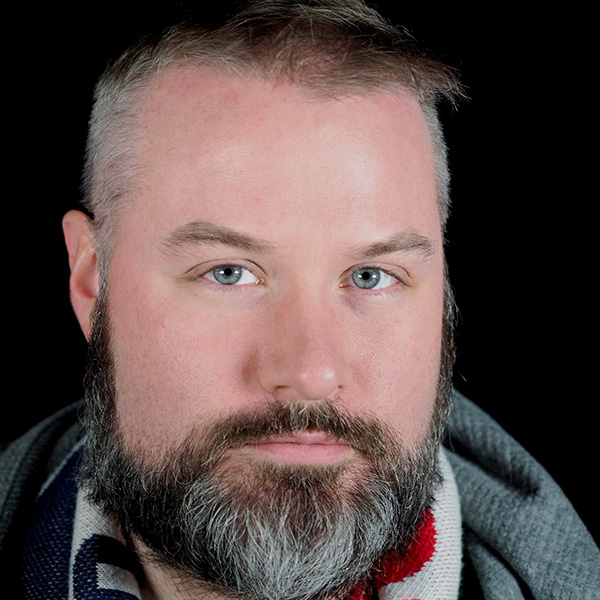 Drew McCabe is a multiple Artie Award nominee for both directing and writing; over the past 13 seasons he has directed 48 productions across WNY at numerous companies. A 2007 graduate of UB where he studied Theater and Japanese, his favorite regional productions under his directorial eye include SHE KILLS MONSTERS, IT’S ONLY A PLAY, THE HOUSE OF BLUE LEAVES, THE PRIDE, CANNIBAL! THE MUSICAL,ORGAZMO and THE ROCKY HORROR SHOW. Aside from theater he’s had a career in comic book/animation analysis and review, as well as numerous failed attempts at trying to set the high score for the arcade game Dig-Dug! 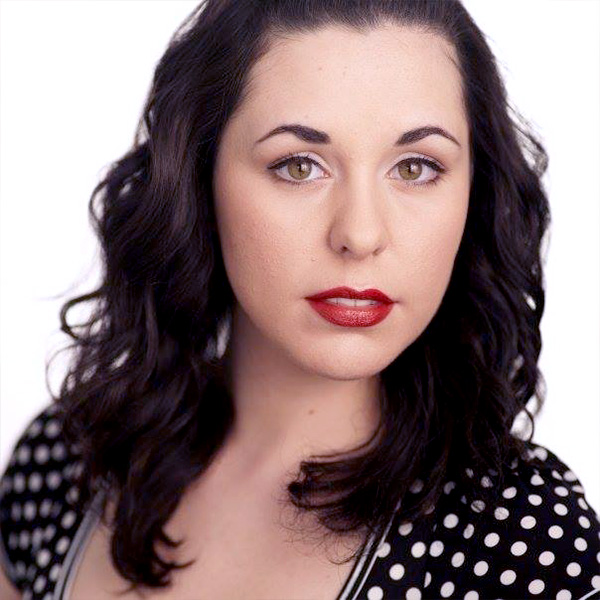 Bella Poynton is a playwright, director, and scholar from Buffalo, NY. She was a Regional Playwriting Resident at Road Less Traveled Productions from 2016-2018 and is the director of Queen City Playwrights, Buffalo’s new play development workshop for area playwrights. Recently, her work has been produced and developed by The Bechdel Group, MadLab Theatre, Quantum Dragon Theatre Company, Alleyway Theatre, The Great Plains Theatre Festival, Panndora Productions, Otherworld Theatre Company and Post-Industrial Productions among many others. She has been a finalist for the Heideman Award, the Woodward/Newman Drama Award, and the Sam French OOB Festival. She holds a BFA in Acting from Boston University, an MA in Theatre Arts from The University at Buffalo, an MFA in Playwriting from The University of Iowa, and is currently PhD candidate in Performance Studies at The University at Buffalo. She serves as literary manager at Post-Industrial Productions and curates the Post-Industrial Plays in Progress Reading Series. 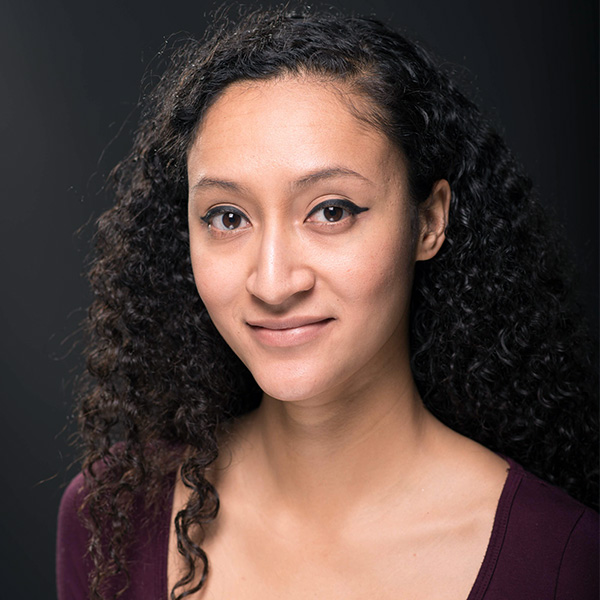 Maria Ta is the Program Director and Company Member at Ujima Company, Inc., a multiethnic and multigenerational professional theater company in Buffalo, NY.  Ms. Ta is a firm believer in the intersectionality of justice work and the vehicle of change that is theater arts. She shares that vision with others through her participation and leadership in a multitude of coalitions including the Crossroads Coalition, Frontline Arts Buffalo, and Freedom Schools Buffalo, among many others. Ms. Ta is a graduate of Canisius College where she earned a B.A. in International Relations and Political Science. While attending Canisius, Ms. Ta was an active member and student leader of the college’s Little Theater Club where she performed in, stage managed and directed several shows. Her other theater credits include the original cast of GHOST, a devised dance production at the National University of Ireland in Galway. The production earned a national award through the Irish Student Drama Association for best ensemble. Ms. Ta’s recent work has been as Production stage manager for Ujima shows since 2017, stage manager for the Paul Robeson Theater and Buffalo State College, and her return to the stage as Laura in Bellisima’s production of METEOR SHOWER. 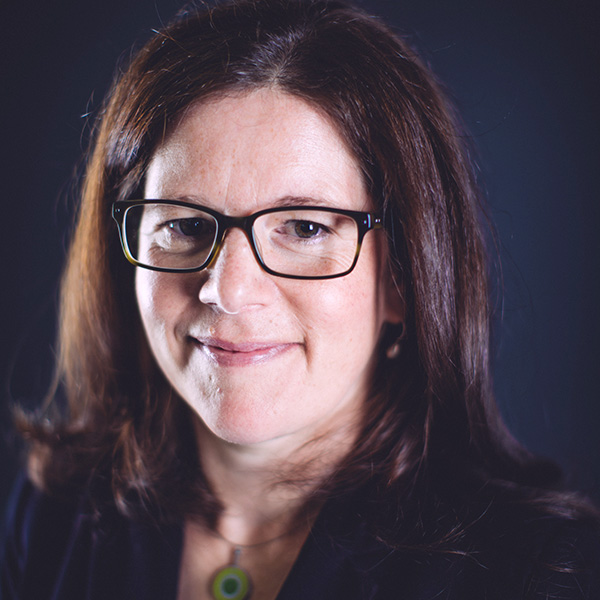 Playwright Rachael Carnes received a 2020 Oregon Literary Fellowship and a 2020 Oregon Arts Commission Career Opportunity Grant, and had more than 50 productions in 2019, across the U.S., U.K., Canada, the Middle East and Asia. She’s recently developed work at the William Inge Theatre Festival, the Kennedy Center for the Performing Arts, the Midwestern Dramatists Center, the Mid-America Theater Conference, the American Association for Theatre in Higher Education Conference, the Sewanee Writers’ Conference, the Great Plains Theatre Conference and the Lighthouse Writers’ Conference, the Ivoryton Playhouse Women Playwrights Initiative, the Parson’s Nose Theatre’s Women Playwright Series, the Cambridge U.K. WriteON Festival, and the Samuel French Off-Off Broadway Festival. Rachael’s plays are seen in many literary journals. Rachael is the founder and editor of CodeRedPlaywrights, a consortium of writers across the country, responding to gun violence. rachaelcarnes.com 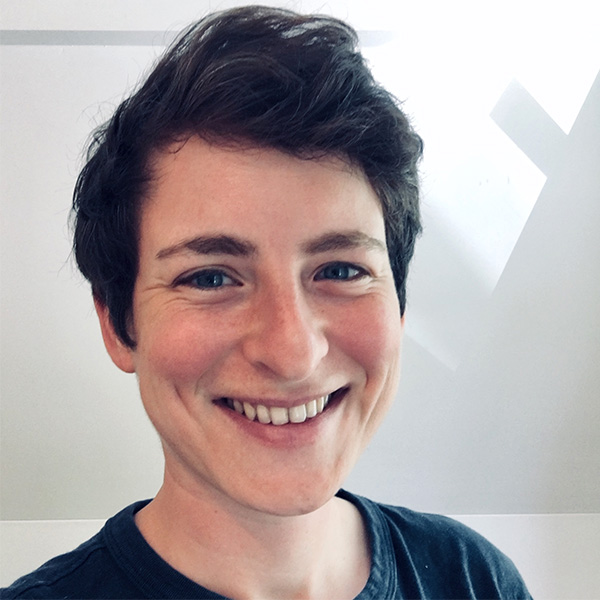 Sam Collier is a poet and playwright. She is a recipient of the 2020-2021 Bodwell Fellowship from the Maine Writers and Publishers Alliance and was the winner of the 2019 Urbanite Theatre Modern Works Festival for her play DAISY VIOLET THE BITCH BEAST KING. Her plays have been developed or produced by New College of Florida, Theatre Nova, the Women’s Theatre Festival, the Goodman Theatre Playwrights Unit, UC Davis Ground & Field Theatre Festival, Last Frontier Theatre Conference, PTP/NYC, Theater Nyx, and others. Her poems have appeared in Claw & Blossom, What Rough Beast, Iron Horse Literary Review, Mortar Magazine, The Puritan, Guernica, and elsewhere. Sam has taught writing for young people of all ages, including with the Interlochen Center for the Arts, the National Writers Series, Unity College, the Iowa Young Writers Project, and the University of Iowa. She co-hosts the playwriting podcast Beckett’s Babies and holds an MFA in playwriting from the University of Iowa. She lives in Belfast, Maine. 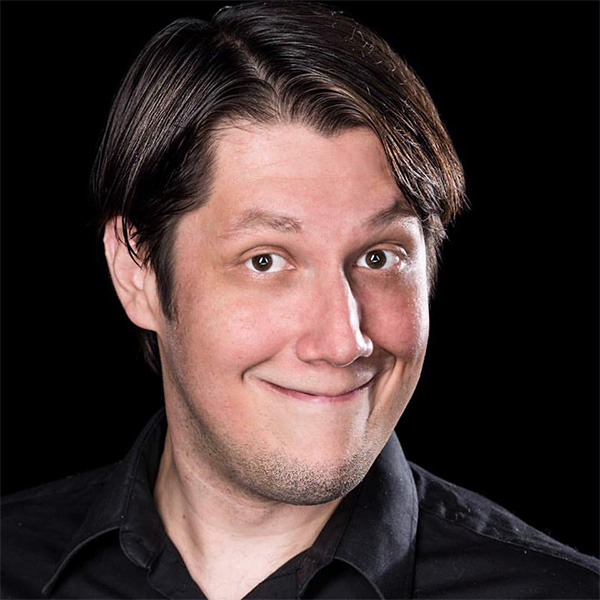 Jon Elston is the award-winning author of over thirty short and full-length plays and musicals. Favorites include AFTER AMERICA: WASTELAND 20XX, THE ELLIPTICAL, THE PEDDLER’S BONES, INTERROGATION ROOM, 2012: END OF THE ROAD, and the recent one-act BIGFOOT, a virtual theatre event about America’s second-most odious rampaging monster. Elston co-founded Road Less Traveled Productions in 2003 and has served in many roles for the company, including currently as New Play Coordinator; founded and managed the Emanuel Fried New Play Workshop (2005-2015); and (for the American Theatre Masters series) conducted public interviews with an array of theatre luminaries, including Stephen Adly Guirgis, Stephen McKinley Henderson, and the legendary Edward Albee (for nearly three riveting hours). Elston currently teaches Playwriting, Acting, Intro To Theatre, and Critical Thinking at Medaille College (since 2016), Villa Maria College, and Niagara University. He is most proud of his work with Medaille Summer Theatre, a unique program he runs with playwright Bella Poynton. Since 2013, MST has enabled young artists (ages 12-18) to write or devise and then produce their own original short plays. Elston is grateful to live with fellow playwright Winifred Storms and occasionally get to collaborate with her. 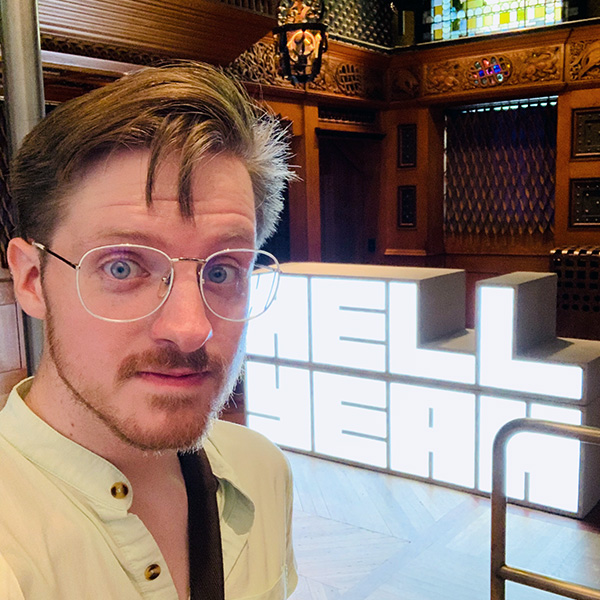 Ben Ferber is a theater artist who creates pieces about technology and the Internet. He writes, directs, and designs sound and projections; he often fills more than one of these roles in his work. Full-length work includes I’M VERY ONLINE (Neukom Award semifinalist, Dirty Blondes/Beta Reading Series), FOR THE LULZ (Williamstown Theatre Festival, Portland Stage), and LET’S PLAY PLAY (Brick Theater/GamePlay Festival). He co-runs the Maxamoo podcast and co-created Hot Pepper Theater. He is a longtime New York Madness company playwright and director. He has worked in the artistic departments of Williamstown Theatre Festival, Manhattan Theatre Club, and The Lark. He is GMing an upcoming season of the Dungeons and Drama Nerds podcast which will be released this January. You can find him on Twitter @benferber. 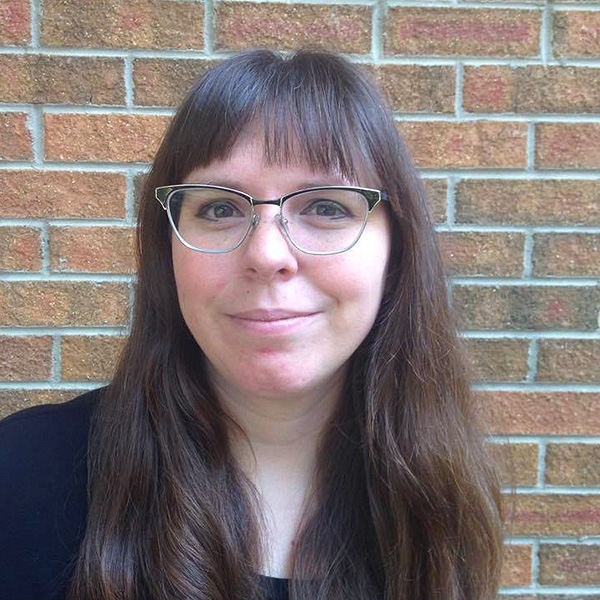 Samantha Marchant is playwright, director and dramaturg, based in Buffalo, NY. She graduated from Spalding University’s MFA Program in Creative Writing with a concentration in Playwriting (Fall 2015). Her work has been produced in Buffalo and has had readings in Boulder, Buffalo, Chicago, Houston, Louisville, Rochester and Toronto. Her writing has been published in The Louisville Review, Sick Lit Magazine and Women Writing Letters Season 3 and 4. Her script, LIQUIDATION, will be produced as an audio experience by San Diego State University’s Skull & Dagger Dramatic Society this fall. Look for it online. Favorite directing credits include: BLASTED by Sarah Kane and ORESTES 2.0 by Charles Mee – both productions at Bread and Water Theatre (Rochester, NY). She longs for what’s weird and a good laugh. 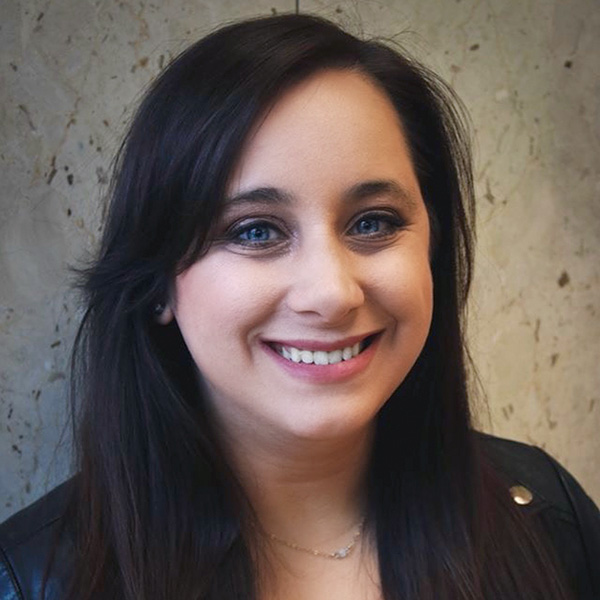 Madison is so excited to be working with PIP! Her short play KEEP A LITTLE SOUL was produced Off-Off Broadway in August of 2019, and staged by different theatres around the country. Madison has two short plays pending productions: THE WOO GIRL’S LAMENT with Cone Man Running in Houston TX, and THE AFTERMATH with The Emerald Theatre Company in Memphis TN. Other writing credits include YOU & ME (GBP), IT WILL BE US (The Nichols School & BAVPA), KELSEA EUPHORIUM… (Theatre Is The Cure), and THE EMPTY SPACE (BAVPA). Madison is one of the Co-Founders of Green Buffalo Productions and a moderator of the Buffalo Theatre Workshop. Lots of love to Mom, Dad, and John. 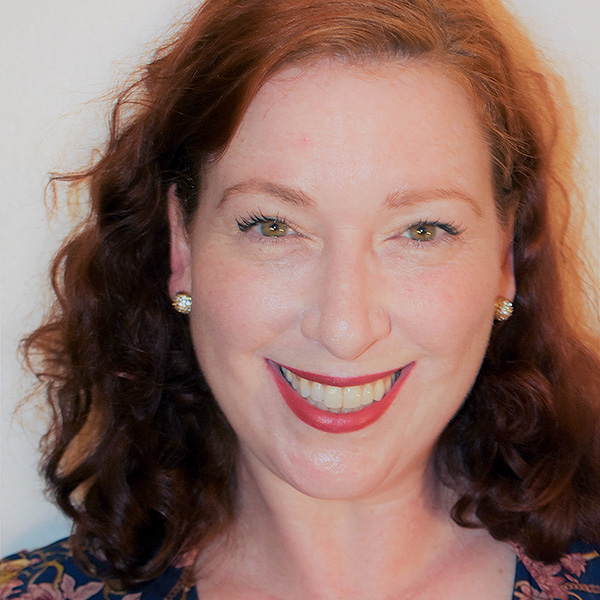 Winifred Storms has an MFA in Fiction from Florida Atlantic University. Since returning to Buffalo, she’s participated in the Emanuel Fried New Playwright Workshop and her work has been seen at MusicalFare, Buffalo Science Museum, Burchfield Penny, Buffalo Writers’ Theater, and Alleyway Theater. She is thrilled to be working with Bob Van Valin again and thanks everyone at Post-Industrial Productions for this opportunity. 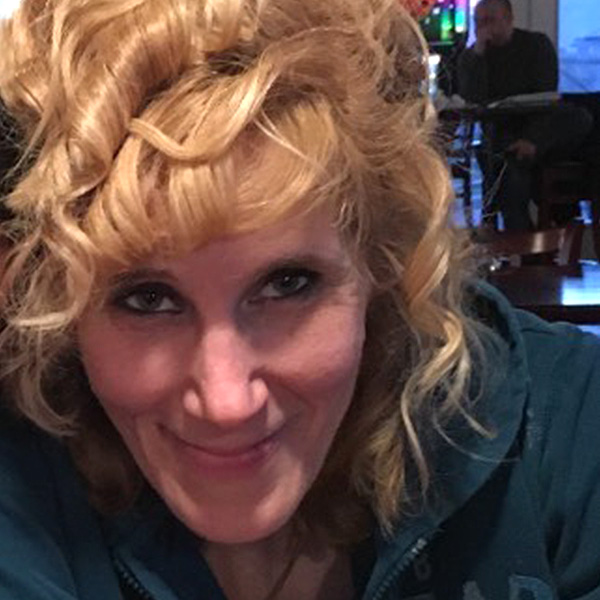 Jennifer Tromble is an award-winning playwright whose short works have been produced across the country, including Oxford Theatre’s one act festival, The Pittsburgh New Works Festival, and Weathervane Theater’s 8×10 Theatrefest. Locally, her plays have been featured in four of Alleyway’s Buffalo Quickies since 2015, as well as at various venues through the Playwrights of Western New Traveling Theater Program. Her latest piece, ALMOST APRIL, is currently featured in Currents: 716. 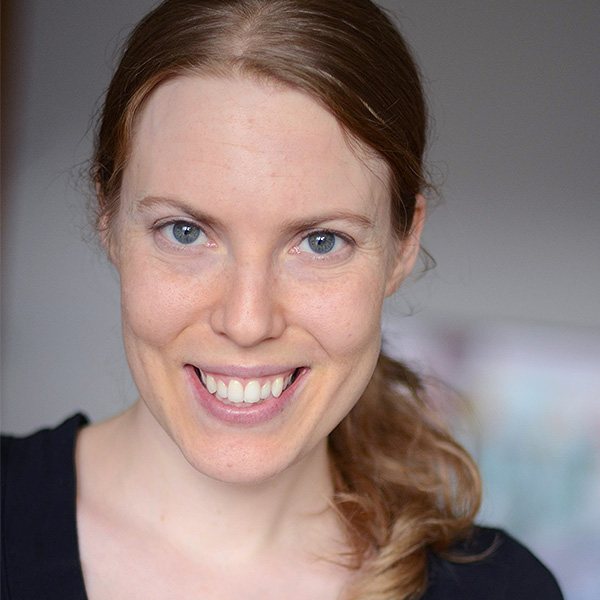 We want the work of our talented creative team to be enjoyed by as wide of an audience as possible. That’s why we’ve decided to forgo ticketing or other barriers to entry in favor of 100% donation-supported virtual events. Our generous donors make innovative theatrical experiences like this possible, so please consider making a donation!