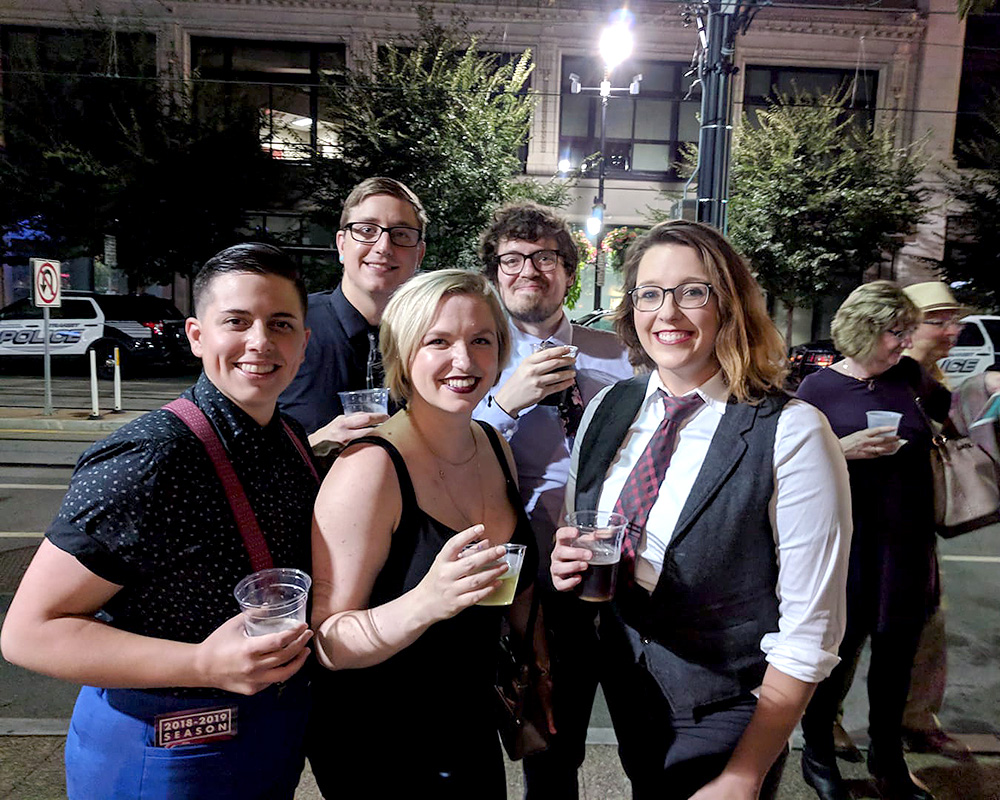 Post-Industrial Productions was founded as a theatre company in 2011 by Bob Van Valin with its inaugural production of THIS IS OUR YOUTH by Kenneth Lonergan. From the beginning, Bob sought to produce work that connected with young and diverse audiences who – much like the disaffected youth at the center of Lonergan’s play – simply weren’t finding themselves reflected in traditional theatrical productions or spaces. With a strong background in theatrical video and sound production, Bob decided to use the language of film as a means to communicate with young audiences in a contemporary way, while still keeping ticket prices competitive with a trip to the multiplex.

Bob went on to stage several more productions under the PIP moniker, including HORACE (2013), A MAN’S A MAN (co-production with Subversive Theatre, 2013), MAUSER (2015), and THE TASK (2016), but he soon recognized the need for a more organized leadership structure that would help grow the company’s mission. In August of 2018, Post-Industrial Productions was officially established as a 501c3 non-profit organization with a formal board of directors. This leadership group would help usher in an inaugural 2018-2019 Season with productions of MEDUSA UNDONE (a WNY premiere of a new play by Bella Poynton) in January of 2019 and Arthur Miller’s AFTER THE FALL in March of the same year. MEDUSA featured socially-relevant themes dealing with sexual assault and victim-blaming as told through the lens of Greek myth, while AFTER THE FALL unearthed the timeliness of a lesser-known Arthur Miller work by modernizing it with filmed sequences and projections.

After the success of this inaugural season, the PIP leadership recognized the importance of a more permanent performance space that would help facilitate the next phase of the company’s growth. Located in the NFFT Complex near Kaisertown, this new space will allow PIP to stage innovative, socially-relevant theatrical productions for local audiences for many years to come, while also providing affordable rental and performance space for local artists and groups of all disciplines.

“After growing and working in the local arts and theatre scene, I noticed dwindling attendance from young people at the theatre. I asked myself what was keeping them away. Was it because the average price of a theatre ticket is more expensive than a trip to the movies? Was the subject matter of the plays being produced actually relevant and thought-provoking?”

Post-Industrial Productions seeks to carve out a theatrical space for underserved audiences by offering affordable, captivating, and socially-relevant theatre that is fit to engage young adults and the surrounding WNY community.

To help achieve this aim, PIP employs the language of film and video to communicate with younger audiences in a way that is both familiar and engaging. PIP also understands that true connection requires partnership and cooperation, and endeavors to form lasting bonds with local non-profit organizations to help support their missions through the power of theatre.